An Update after the yhs climate strike 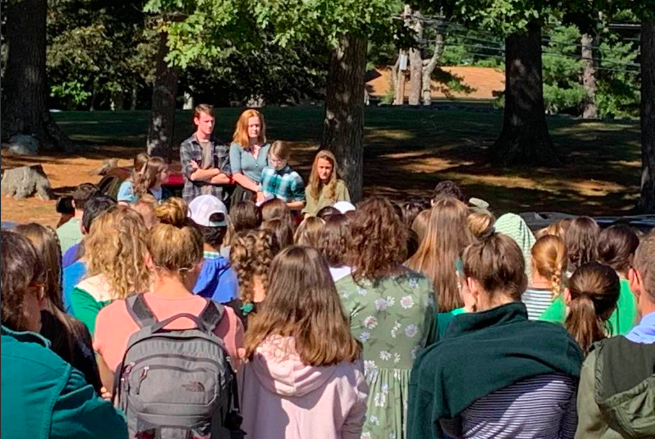 YHS juniors Jack Vigue, Loey Waterman, Liv Bailey, and Maddie Marston stand before the school during the strike
A little over a month after we held the Climate Strike at YHS, the Climate Change Committee (the group that organized the strike) has been meeting to keep the momentum we gained from the strike. The Climate Strike was the perfect way for us to get the word out not only at the high school, but also within the community. We reached support among long time community residents like Mr. Bell who spoke at the strike. We are very fortunate to have such supportive community members and faculty members that want us to succeed.
After we held the strike at YHS, the Climate Change Committee wanted to avoid losing momentum. Typically, after large strikes like ours, efforts are lost after the strike. To avoid that, we spoke with numerous students about what we can do. At this meeting, we brainstormed ideas that were feasible to act upon here at our school. These ideas include: using less plastic by potentially selling utensil kits, less meat production in the cafe (i.e. meatless Mondays), thrifting at YHS, emphasis on carpooling, printing less (a potential competition), and possibly getting solar panels as a potential class gift or through a GoFundMe. With all of these ideas, our momentum from the strike was clearly not lost. We continued to meet with faculty and students and discuss ways to continue the fight against climate change here at school.
The Climate Change Committee is going to move forward with these ideas in mind. We have ideas with community members outside of YHS and we are super excited to keep moving forward. Next semester we are hoping to get the ball rolling within the group with possible ELOs and such. The group is very happy with all of the support we have gotten and can’t wait to keep working on bettering our community.
To the next y news story!
Back to the y news general page!
Powered by